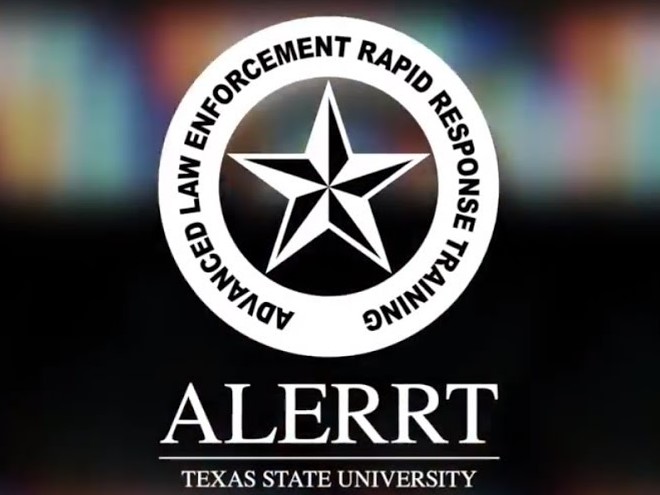 This week I attended the Level 1 ALERRT (Advanced Law Enforcement Rapid Response Training) class for the second time. ALERRT focuses on tactics accessible to the average law enforcement officer responding to an Active Killer event. Ideally, any officer having gone through the training should be able to function when thrown in with officers from neighboring jurisdictions. By design, ALERRT puts officers of varying skill levels and technical proficiency together. A "contact team" of responding officers may include a school resource officer, a SWAT officer, a plain clothes investigator, an administrator, and a beat cop.

The ALERRT program plugs into a larger framework, and allows for scaling of resources based on the nature and extent of the threat, the resources at hand, and the need to communicate with and deploy resources such as fire services, medical services, hostage negotiators, SWAT, and bomb squads. I recently went through the DHS / FEMA Active Shooter Incident Management (ASIM) course, which uses the standardized tactics and language found in ALERRT. ALERRT is the gateway into that system, and defines a common language and set of tactics.

Topics of instruction include solo officer and small group tactics, basic room clearing techniques, mechanical breaching, familiarization with explosive devices, communication and link-up, and formation of immediate action plans once the shooting has been stopped. Multiple force-on-force scenarios using paint munitions are conducted on the second day. In an ideal world, the course would be longer and foster a more in-depth understanding of each topic, but that would limit the number of officers who would be rotated through it.

I've noticed a few things in each run-through of the course (and others) that I thought were worthy of note:

While by no means the entirety of what I took away this go-around, the observations above are ones that I see time and again. Personally, any feedback on my practical shooting and tactics ability improves my understanding of what I can and can't do. As a supervisor and an instructor, these same courses provide me with a performance analysis for my officers, which in turn guide my training agendas.